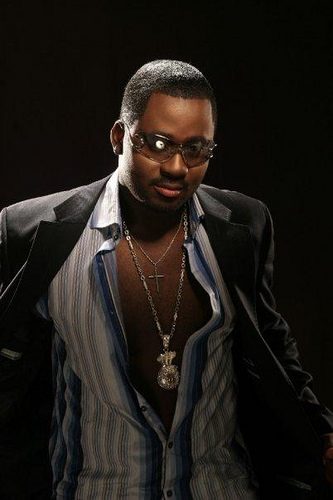 Nollywood actor recently turned director, Desmond Elliot is a happy man at the moment. Reason being that, his pretty wife Victoria has just delivered a set of twins for him (a boy and a girl).

They both have had a set of twin boys at first named, Desmond Jnr and Denzel.

Elliot was born to a Yoruba father and an Igbo mother. He received his primary education at Air Force Primary School and later attended St John’s College, both in Jos. In 2003 he graduated from Lagos State University where he studied Economics.

Elliot was influenced by a friend to become an actor. He started playing roles in soap operas like Everyday People, One Too Much and Saints and Sinners. He is now one of Nollywood's leading actors having appeared in over two hundred films including Men Who Cheat, Yahoo Millionare and Atlanta. In 2009, he was nominated for the Best Actor category at the Nigeria Entertainment Awards.

Elliot, who had been raised in a polygamous household, is a practising Christian. He is married with children.